An interactive infinity mirror that allows open, playful exploration of sound to affect illusion lighting effects in an under-utilised laneway. 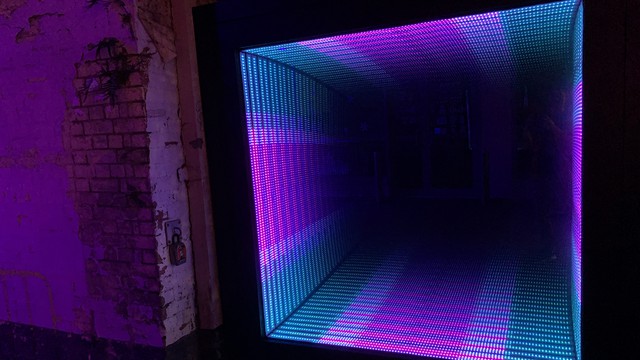 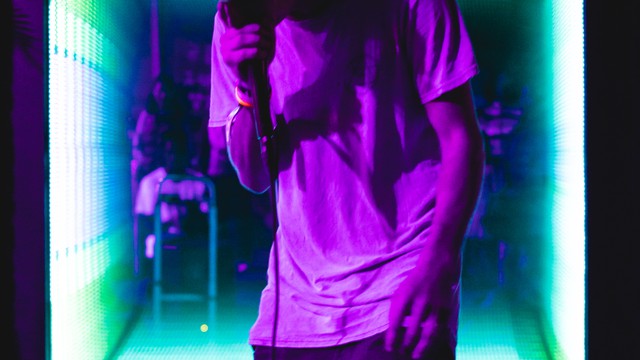 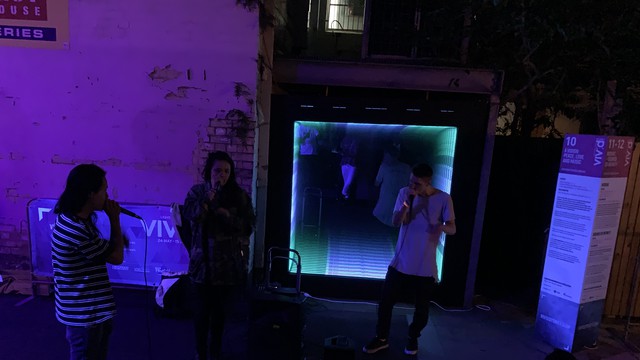 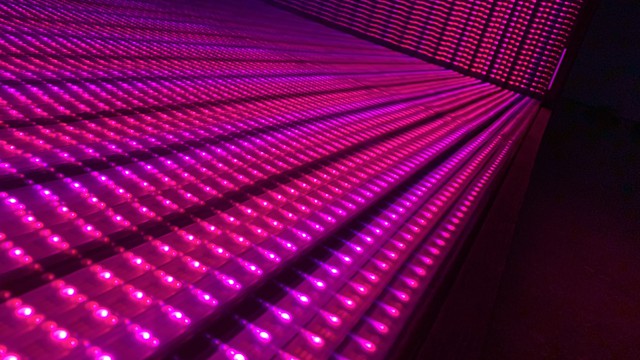 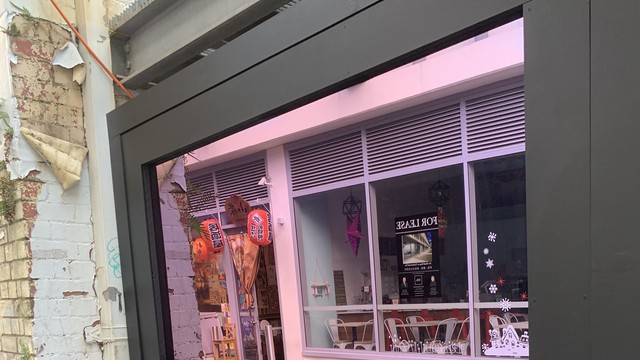 Exploring the possibilities of urban play, Sounds of Infinity is a public art installation created for Vivid Sydney at Chatswood 2019. It is a life-size infinity mirror with added interactivity, using sound input to affect the output of LED lights in a visual illusion. Developed in collaboration with the Willoughby City Council in New South Wales, Australia, the installation encouraged people to inhabit an under-utilised laneway during the outdoor festival and depicted a change in public behaviour of users through the use of temporary, non-traditional media architecture. Sounds of Infinity also placed emphasis on the spontaneous exploration of voice and body to generate sounds in a public situation. Blending playfulness with the fabric of the built environment, it challenged the norms of public screen interfaces with an unusual but artistic mix of embodied interactions.

Sounds of Infinity combines modern illusionism and low-resolution lighting display to generate pixelated visuals with a psychedelic-like repetition. Composing the appearance of a spatial depth, the collective pattern spreads across the display and resembles a light tunnel into a perceived void. As a strategy to lower the entry barrier for public participation, and increase intuitiveness of the otherwise unfamiliar urban interface, the design also utilised a body reflector mechanism: people only needed to make sounds, and lights would change. It catered for inclusiveness by using sound as the primary interaction input, thus creating a universal, non-speech interface for different people to play together in a public situation. However, despite its deceptive simplicity, Sounds of Infinity was designed to be exploratory, expressive, and open-ended. Public participation was crucial to activate and sustain the light changes. Hence, audiences became spontaneous performers and shifted from a passive to an active role when they interacted with the installation. Recurrent scenes were families with young children yelling at the installation, while other individuals would play it safe by snapping fingers, clapping hands or stomping their feet. In rarer instances, groups of teenagers and young adults would sing or dance (with a combination of actions) to the mirror, thus creating sound with rhythm. The affordance of the screen-like design also resulted in an initial tapping and touching of mirror, habitual to our existing relationship with touchscreen interfaces. Though not the original intent of the design, Sounds of Infinity had pushed the boundaries of socially acceptable behaviour at a laneway by using playfulness to encourage divergent behaviour in public. Yelling, screaming, and random movements to produce sound were suddenly deemed desirable as they were necessary to complete the playful experience. With increased activity, the overall atmosphere at the laneway evolved from a cold, quiet space into a cheerful, lively environment. The installation was also exhibited during the TEI2020 Arts Track Exhibition at the Tin Sheds Gallery in The University of Sydney.

Institution : The University of Sydney

Funding agencies : Willoughby City Council and The University of Sydney

Technical concept : Sounds of Infinity has a hardware system that uses two condenser microphones for recording, and delivers the sound collected to an audio interface connected to a computer. When the sound data arrives at the computer, it is analysed and processed before being forwarded to three controllers. Through the controllers, the LED lights then visualise the sound data as light patterns, which, in turn, reflect on the mirrors to achieve the infinity effect. There are a total of 24 LED strips (1 metre each) equally across four sides of a rectangular form, with each segment consisting of three parallel layers of light. A modular setup for the lighting facilitated its control: each layer could function as an independent object or be grouped into different combination of clusters, which added complexity with a diverse range of visualisation.

Visual concept : When sound is detected, the installation presents two types of light pattern simultaneously. The first pattern starts at the midsection of each side in the innermost and outermost layers. The second pattern occupies the middle layer and emerges from the four corners of the mirror. Establishing a direct relationship between loudness and patterns, the lights increase in numbers and brightness, and expand outwards as the sounds got louder. In contrast, colour changes with pitch are more subtle with a gradual transition in hue. Green, blue, and magenta were chosen from the cool half of the colour wheel to harmonise three sets of analogous colours. Since the installation utilised mirrors and light visuals, it also worked best in low-lit conditions. When deactivated or surrounded by bright lighting, the two-way mirror display became reflective and transformed into a normal, life-size mirror.